0
0
0 Shares
Viewed in full, Barack Obama’s legacy of achievement for LGBTQ people is unmatched by any president in American history. We’ve accomplished landmark victories from the courts to Congress, and through the implementation of executive policies that advance basic fairness.

As we prepare for Obama’s departure from the Oval Office in the coming month, we take a look back at some of the most impactful ways his Administration has advanced the cause of equal rights for all Americans — no matter who they are or whom they love.

Here are a few of our favorites:

#1. President Obama signed into law the Matthew Shepard and James Byrd, Jr. Hate Crimes Prevention Act. The law gives the Justice Department the power to investigate and prosecute bias-motivated violence by providing the Justice Department with jurisdiction over crimes of violence where a perpetrator has selected a victim because of the victim’s actual or perceived race, color, religion, national origin, gender, sexual orientation, gender identity or disability.

#2. In an interview with ABC News’ Robin Roberts, Obama endorsed marriage equality. He said after speaking with his own LGBTQ staff members, military service members — as well as his wife and daughters, Obama said he “just concluded that for me personally it is important for me to go ahead and affirm that I think same-sex couples should be able to get married.”

#3. President Obama relegated America’s “Don’t Ask, Don’t Tell” ban on gay and lesbian service members to the dustbin of history. For 17 years, the law prohibited qualified gay and lesbian Americans from serving in the armed forces and sent a message that discrimination was acceptable. The Pentagon later ended its ban on transgender people in America’s military service. For far too long, these discriminatory bans robbed the LGBTQ community of the dignity of being honest about who they are to serve the country they love.

#5. The Obama Administration threw its weight behind the movement to ban the harmful, widely debunked practice of “conversion therapy.” Valerie Jarrett, Senior Adviser to President Obama, spoke out against the practice and a few months later, the Substance Abuse and Mental Health Services Administration (SAMHSA) published a report calling for an end to so-called “conversion therapy” for minors.

#6. President Obama signed a crucial executive order to protect LGBTQ workers from job discrimination along with a number of other significant policy or regulatory changes. The Obama Administration has worked across all cabinet agencies to ensure LGBTQ Americans were fully included in the work of our federal government—resulting in LGBTQ workers, students, renters, immigrants, refugees, service members, patients, families and beyond having the full force of the administration at their backs.

#7. The Obama family celebrated the historic marriage equality ruling by lighting up the White House in rainbow colors. President Obama referred to it as one of his favorite moments of 2015. In press conference, President Obama said, “I didn’t have the chance to comment on how good the White House looked in rainbow colors … to see people gathered in the evening on a beautiful summer night and to feel whole and to feel accepted and to feel they had a right to love, that was pretty cool. That was a good thing.” 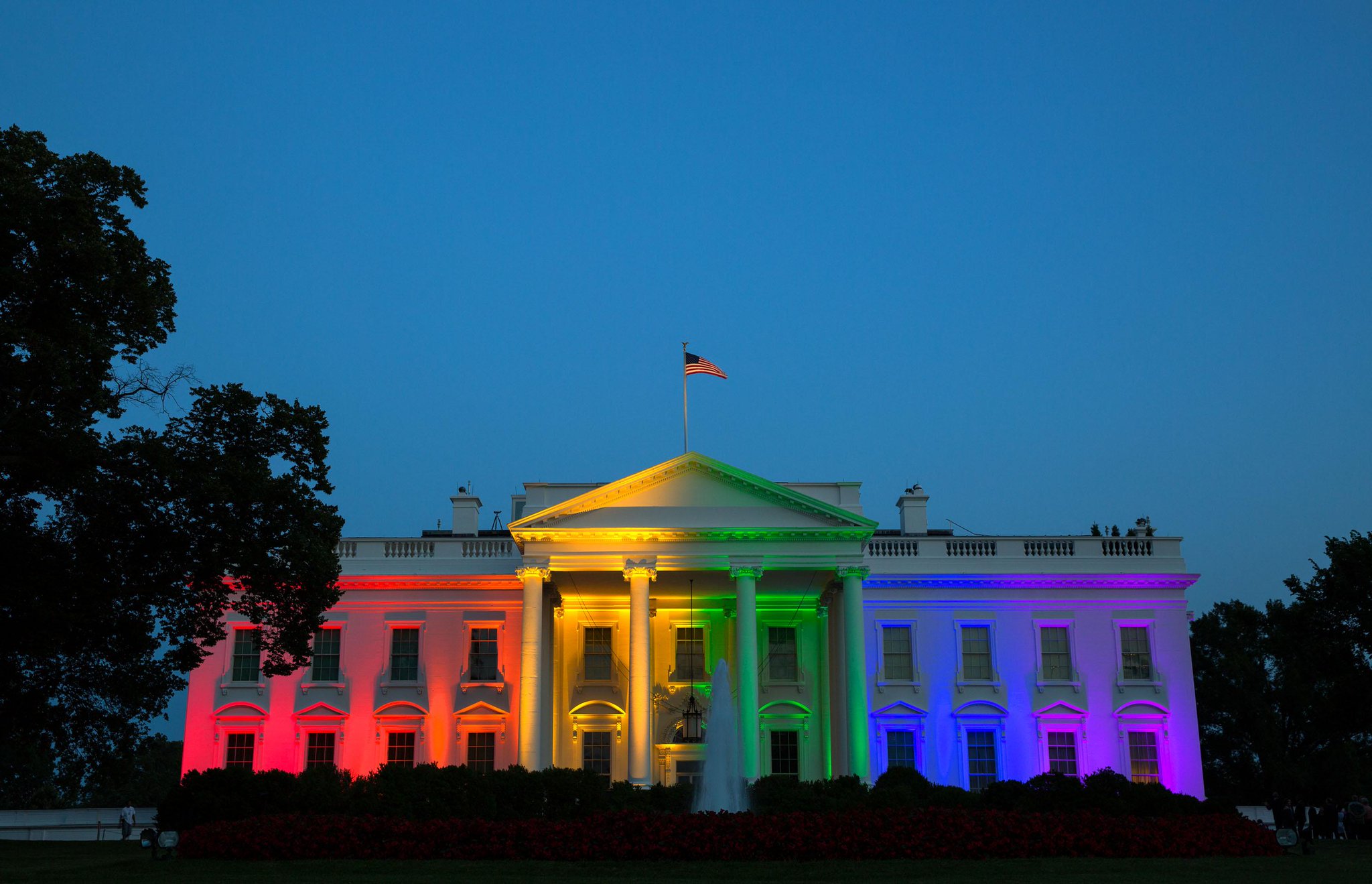 #8. The Obama Administration reversed a 22-year ban on travel to the United States by people who tested positive for HIV. President Obama said, “If we want to be a global leader in combating HIV/AIDS, we need to act like it. We talk about reducing the stigma of this disease, yet we’ve treated a visitor living with it as a threat.” Prior to the policy change, the United States was one of only about a dozen countries with similar travel bans.

#9. President Obama signed the first-ever federal law providing explicit  LGBTQ non-discrimination protections in the 2013 Violence Against Women Act re-authorization. Time and time again, President Obama has advocated for legislation that explicitly includes protections for LGBTQ and other vulnerable communities who are victims of domestic violence.

#10. Time and time again, President Obama used the bully pulpit to stand up for the LGBTQ community. One of our favorite moments marked the first time a U.S. President referenced bisexual or transgender people in an official State of the Union address. He argued that the LGBTQ individuals deserve the same protections and rights as other Americans. 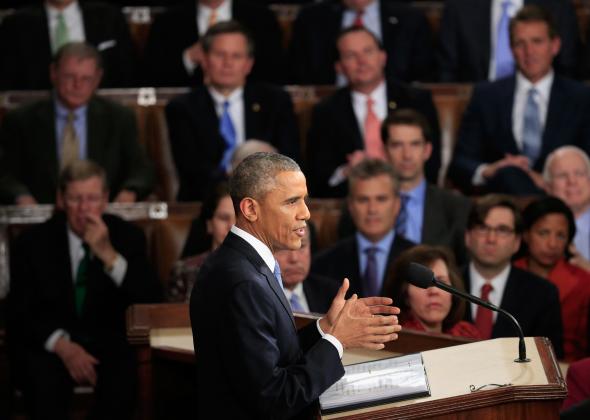 #11. Obama’s Administration on Aging released important guidance that empowers providers to consider LGBTQ older adults as a population of “greatest social need” — paving the way for increased services that significantly improve the health and well-being of this aging population. This step brought much-needed attention to the unique needs of LGBT older adults, and the urgent actions needed to maintain health and preserve their dignity.

#12. The Obama Administration established a federal task force on bullying that created StopBullying.gov. The website offers support and resources for LGBTQ youth and guidance on how to prevent and respond to bullying. The task force hosted the first-ever White House Conference on Bullying Prevention and funded an “It Gets Better” video from both the President and his staff to address LGBTQ youth at risk of depression and suicide.

#13. Prior to the Olympic Games in Sochi, President Obama spoke out against Russia’s heinous anti-LGBTQ law. In an interview with Jay Leno on NBC’s The Tonight Show, President Obama condemned a Russian law that criminalizes even the most modest gestures of support for LGBTQ people. The President stated that such laws violate “the basic morality that I think should transcend every country, and I have no patience for countries that try to treat gays, or lesbians, or transgender persons in ways that intimidate them or are harmful to them.” He later sent a delegation comprised of openly LGBTQ athletes Billie Jean King, Caitlin Cahow and Brian Boitano to attend the games in his place.

#14. President Obama cheered on landmark Supreme Court cases. He even gave us a congratulatory call from Air Force One. Obama placed a call to HRC President Chad Griffin’s cell phone in order to offer his congratulations to Prop 8 plaintiffs Kris Perry & Sandy Stier and Paul Katami & Jeff Zarrillo following the Supreme Court’s decision. The call came as Perry and Stier were speaking to Thomas Roberts live on MSNBC. During the call which lasted two minutes and caller ID labeled “unknown,” the President expressed his thanks to the plaintiffs for their courage and determination in returning marriage equality to California. “We’re proud of you guys, and we’re proud to have this in California! And it’s because of your leadership things are heading the right way. So you should be very proud today.” The Administration had filed a brief in the Perry case arguing for an end to Proposition 8.

#15. President Obama’s administration has made a record number of appointments of LGBTQ judges and ambassadors. He has also championed more than 250 LGBTQ appointments to full-time and advisory positions in the federal government over the course of his tenure — an important step for LGBTQ Americans who deserve a voice that speaks to their own at every level of government.

#16. Obama’s Education Department hosted five summits on ways to protect students from bullying and harassment. These events included an LGBT Youth Summit in 2011 and a meeting with transgender students in June 2015. Gatherings in these official capacities were previously unprecedented.

#17. President Obama signed the Affordable Care Act into law. Prior to the ACA’s passage insurance companies could discriminate against anyone due to a pre-existing condition. LGBTQ people could be turned away for being honest about being LGBTQ. And individuals with HIV and AIDS were particularly vulnerable to insurance industry abuses. Consistent with the goals of the President’s National HIV/AIDS Strategy, the Affordable Care Act achieved considerable strides in addressing these concerns and made quality, affordable care more accessible for all.

#18. President Obama instructed the Justice Department not to defend the constitutionality of the Defense of Marriage Act. Prior to a June 2013 ruling by the U.S. Supreme Court, DOMA singled out lawfully married same-sex couples for unequal treatment under federal law. Fortunately, the Court held Section 3 of DOMA unconstitutional in Windsor v. United States (2013). Two years later, in Obergefell v. Hodges, the Court ruled that bans on marriage equality are unconstitutional.

#19. The Obama Administration supported HRC’s partnership with the U.S. Department of State’s Global Equality Fund. Established in 2011 by then-Secretary of State Hillary Rodham Clinton, the fund brings together governments, corporations, foundations, and civil society organizations to work toward a world where LGBTQ people can live free of violence and discrimination.

#20. President Obama’s White House endorsed the Equality Act. The legislation would provide consistent and explicit anti-discrimination protections for LGBTQ people across key areas of life, including employment, housing, credit, education, public spaces and services, federally funded programs, and jury service. White House press secretary Josh Earnest said the “bill is historic legislation that would advance the cause of equality for millions of Americans.”

#22. President Obama designated the first-ever LGBTQ National Monument at Stonewall. The Stonewall National Monument will pay tribute to the brave individuals who stood up to oppression and helped ignite a fire in a movement to end unfair and unjust discrimination against LGBTQ people. This was a monumental step in the recognition of our community’s contributions to America’s march towards liberty and justice for all.

The Hidden Way that Architecture Affects How You Feel

How to Reduce Anxiety Before a Job Interview, an Exam or in Other Stressful Situations

The psychological secrets to successful resolutions