Vulnerable young homeless people are falling between the cracks in mental health provision because it is still regarded as a “Cinderella service”, the youth homelessness charity Centrepoint has warned.

Stamatia Lorentzou, Centrepoint’s Clinical Lead, said that while those with “the common mental health conditions” usually got help, others with medium and low-level needs faced something akin to a postcode lottery.

The losers, she said, included not just 16 to 24-year-olds whose problems contributed to them being homeless, but also youngsters traumatised by the experience of homelessness itself, even though it might have been caused by factors other than mental health, like family breakdown. 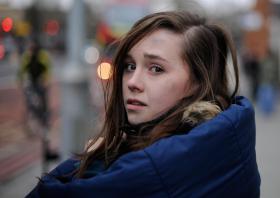 Young people facing homelessness are ‘turned away’ when they seek help

Depending on where they lived, said Ms Lorentzou, these young people might struggle to access public mental health services of the kind provided by local authorities working in partnership with NHS trusts.

“It’s always been a Cinderella service,” said Ms Lorentzou.  “There are not enough services for counselling and psychotherapy.

“Some local NHS services are kind of non-existent.  Some boroughs, some areas, have more pots of money for mental health, but others don’t.

“They don’t have enough services, so the criteria for accepting people into these services are really high, which doesn’t make sense.

“With the big conditions – the ones with labels – you get some support.  But what happens to the rest?  What about the support you need when you are medium or low need, but it still affects your levels of sleep, of functioning, the way you see yourself, body image?  These are basic needs really.”

But as well as potentially being denied access to the care they needed, Ms Lorentzou said, young homeless people also had to face a society where there was still a lingering stigma and lack of education about mental health.

“Why are we thinking like that?” Ms Lorentzou asked. “Societies are about supporting each other.  This is how we survive. How can we live in a society if we are unable to support each other, if we are not offering something to show you don’t have to be alone and struggling in life?”

The causes of homelessness

Ms Lorentzou’s comments come days after a report by the homelessness charity St Mungo’s claimed that local areas with the highest levels of rough sleeping were failing to provide targeted mental health services.

The charity’s report Stop the Scandal: the case for action on mental health and rough sleeping also raised concerns about cuts imposed on local authorities by central Government, saying: “General reductions in funding for local authorities have led to an average 45 per cent reduction in spending on Supporting People services between 2009-10 and 2014-15.

“It is troubling that there are still financial strains on the mental health system, especially when a mental health crisis is re-emerging on our streets.”

Such concerns are also being raised against a backdrop of what some see as signs of an increasing incidence of mental health among young people. The YoungMinds charity has reported that between 2001 and 2011 inpatient admissions for young people due to self-harm have increased by 68 per cent.

Ms Lorentzou said the Centrepoint Young and Homeless Helpline being championed by The Independent’s Christmas charity appeal could bring more young people facing homelessness, mental health and well-being issues into the care of the charity.

She and her team of six psychotherapists and mental health advisors were, she said, able to help young people the charity works with, and, just importantly, advocate on their behalf to ensure they gained access to local mental health and wellbeing services. She said that 42 per cent of young people who stay at Centrepoint have a diagnosed mental health problem or report symptoms of poor mental health.

But Ms Lorentzou said she feared for those who aren’t currently being referred to Centrepoint or similar services, or who didn’t know how to access them.

She said: “What happening to the others, those that are on the streets or leaving home completely unsupported?”

She said some might have had pre-existing mental health issues before becoming homeless, but for many the experience of homelessness would itself be traumatising.

They may have become homeless through family breakdown, Ms Lorrentzou said, or have been kicked out of the home because their parents disapproved of their sexuality or cultural and religious beliefs.

“But part of them still wants to be with their family. There is a grieving process, a sense of mourning.

“They need to work through their loss, their grieving.  When they cannot sleep because of anxiety, what happens to those young people?

“They might be told ‘Oh, get a job.  You will be fine, your anxiety will be resolved.’ Well that’s not the case. It can come back later, when you are in your thirties or forties.

“When the criteria are set too high for them to gain access to the services they need, they might be told, ‘You will be fine, go to your GP’.  But, really, what can the GP do in those cases?”

A Government spokesperson said: “Homelessness is now less than half the peak in 2003, but one person without a home is one too many – and we know there are strong links to mental health problems. That’s why we are investing over £500m to tackle homelessness including £10m to help rough sleepers with the most complex needs.

“More broadly, the NHS is working hard to revolutionise mental health care for all with an additional £1bn investment by 2020. This will help one million people with mental illness access new high quality care.” 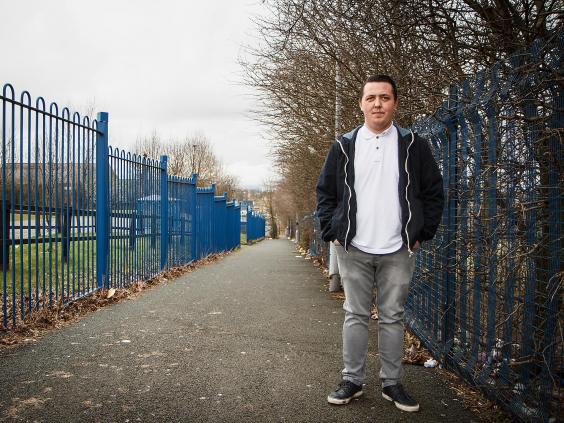 ‘If only there had been someone at the end of a phone, so I could explain what was going on in my head’

Kyle Walker’s first experience of homelessness came when he was just 13, spending a night alone, cold and frightened in a local park.

He was suffering an as yet undiagnosed mental health condition, causing rages that bewildered both him and his parents, and left him unable to stay in the family home near Sunderland.

With nowhere else to go, he found himself alone, at night, in a local park.

If only, Kyle says now, there had been a Young and Homeless Helpline of the kind being campaigned for by The Independent and the youth homelessness charity Centrepoint:

“If only there had been someone there, at the end of a phone, so I could explain what was going on in my head, so they could say I needed to see a GP or the mental health services.”

Instead his emotionally unstable personality disorder went undiagnosed for a further five years, causing an unequal struggle against a mental illness that no-one in the family understood.

“My parents didn’t know I had a mental illness,” says Kyle.  “They just thought I was being a little sh*t.  I didn’t know what was wrong with me myself.”

After a reconciliation, Kyle’s relationship with his parents broke down again when he was 16.  There followed a torturous round of sofa surfing and spells in mental hospitals.

Kyle arrived at Centrepoint’s Sunderland hostel in 2012 aged 18: “It was like a family home.”

And aged 18, he finally got a diagnosis, and found a nurse who went out of her way to explain to his parents the nature of his illness.

“Now I have an awareness of my condition and where to go for help,” says Kyle.

And armed with the knowledge of how best to help him, Mum and Dad have proved unfailing in their support.

“It’s going great with my parents now,” says Kyle.  “I have got so much to thank them for.”

Now happily holding down a job as a customer services advisor, his fervent hope is that the helpline will ensure young people get the right help, right at the start of their problems.

How Our Relationships Protect Us Against Stress

Envy and FOMO on Social Media: How to Escape the Cycle

How Therapy Can Reveal Opportunity in Midlife Crisis